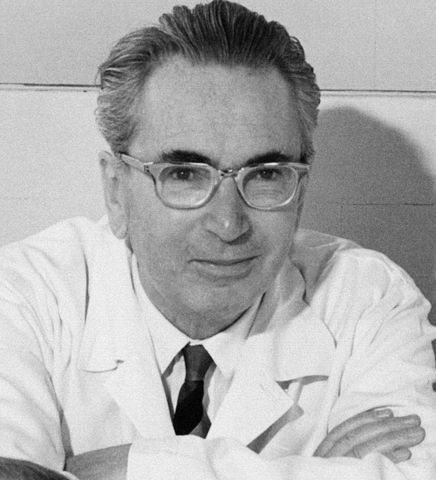 Meaning as a cure for depression and other ills.

Ever more people today have the means to live, but no meaning to live for. — Victor Frankl

In Man’s Search for Meaning, the neurologist and psychiatrist Victor Frankl (1905–1997) wrote about his experience as a concentration camp inmate during the Second World War. He observed that those who survived longest in concentration camps were not those who were physically strong, but those who retained a sense of control over their environment.

We who lived in concentration camps can remember the men who walked through the huts comforting others, giving away their last piece of bread. They may have been few in number, but they offer sufficient proof that everything can be taken from a man but one thing: the last of human freedoms—to choose one’s own attitude in any given set of circumstances—to choose one’s own way.

Frankl’s message is ultimately one of hope: even in the most absurd, painful, and dehumanizing situation, life can be given a meaning, and so too can suffering. His experience as a concentration camp inmate taught him that our main drive or motivation in life is neither pleasure (as Freud had thought) nor power (as Adler had thought), but meaning. After his release Frankl founded the school of logotherapy, which is sometimes referred to as the ‘Third Viennese School of psychotherapy’ because it came after those of Freud and Adler. The goal of logotherapy (from the Ancient Greek logos, in this context meaning ‘reason’ or ‘principle’) is to carry out an existential analysis of the person and, in so doing, to help him discover meaning for his life. According to Frankl, meaning can be found through:

Thus depression is a person’s way of telling himself that something is seriously wrong and needs working through and changing. Unless this can be achieved, there will continue to be a mismatch between his lived experience and his desired experience, between the meaninglessness of everyday life and the innate drive to find meaning, to self-actualize, to be all that he can be. From an existential standpoint, the experience of depression obliges a person to become aware of his mortality and freedom, and challenges him to exercise the latter within the framework of the former. By meeting this very difficult challenge, he can break out of the cast that has been imposed upon him, discover who he truly is and, in so doing, begin to give deep meaning to his life.

This website uses cookies to improve your experience while you navigate through the website. Out of these, the cookies that are categorized as necessary are stored on your browser as they are essential for the working of basic functionalities of the website. We also use third-party cookies that help us analyze and understand how you use this website. These cookies will be stored in your browser only with your consent. You also have the option to opt-out of these cookies. But opting out of some of these cookies may affect your browsing experience.
Necessary Always Enabled
Necessary cookies are absolutely essential for the website to function properly. This category only includes cookies that ensures basic functionalities and security features of the website. These cookies do not store any personal information.
Non-necessary
Any cookies that may not be particularly necessary for the website to function and is used specifically to collect user personal data via analytics, ads, other embedded contents are termed as non-necessary cookies. It is mandatory to procure user consent prior to running these cookies on your website.
SAVE & ACCEPT